BioShock Infinite is insanely great. The story is amazing. The characters are unforgettable. The gameplay is a blast. Sorry, am I gushing?

The first two thirds of the story is pretty standard. The gameplay really shines here though. The combination of shooting, vigors, and the skyhook creates a unique combat experience. You might be tempted to stand back with sniper rifle and just pick off enemies one by one with well placed head shots, but you’d lose out on everything that makes the gameplay in Infinite different from other first person shooters. Vigors like Bucking Bronco are invaluable when you there are ten enemies running at you with guns blazing. Undertow can be used to reel in those pesky snipers. If things get too dicy you can hop on a skyline and zip away. Using all your abilities together is necessary to beating some of the bigger enemies like the Handyman. You won’t be doing all of this alone though. Elizabeth has got your back.

Usually AI buddies are pretty dim, but Elizabeth is the best AI companion I have ever seen. She is never in your way and is there when you need her most in a big fight. She will throw you supplies when you are running low and she will revive you when you’re down. She is aware of the world around her as she points out interesting things in the environment and items you should pick up. If you sit back she will walk around the world examining objects with youthful curiosity that makes her so much more believable. Booker becomes attached to Elizabeth. A lot of work went into making the player feel the same way Booker does, and it worked, because I did.

The last third of the game is where the story shines. Everything you thought you knew about Elizabeth gets turned upside down. Everything gets a little stranger and the ending will blow your mind. Audio recordings add a lot of detail to the story, which is unfortunate in some ways because you have to actively search for them. But it is definitely worth looking for all of the recordings because the story is so complex I think it would be hard to understand everything without them. Trust me, it’s worth it. Everything comes together in the last thirty minutes of the game. The final realization hit me like a ton of bricks and I was emotionally drained when the credits started rolling.

There are great games and then there are insanely great games. BioShock Infinite is the latter. Few games manage to tune their gameplay just right. Fewer still manage to tell such a compelling story in the middle of all of it. 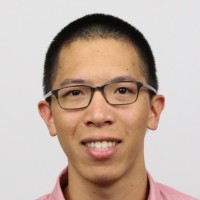